Alfred C Wilson has been working on the RA Clement School.

Walking through the R.A. Clement School in western Rowan County, one can see and feel the life that was here … and the life that is coming back.

The H-shaped building, built in 1929, was a four-teacher school for black children during the era of segregation. Grades one through 12 were taught here. The last graduating class was in 1968.

There are still books, covered in dust, in the school’s library — a single bookshelf that is about 7 or 8 feet long and 5 feet high. Old chalkboards still stand in a couple of rooms.

The brick building has wood floors on the inside. A lonely swing set sits in the lawn adjacent to the school.

“It was beautiful scenery,” Patricia Moriniere said about the place where she spent much of her childhood. She graduated from R.A. Clement in 1966 along with 36 other students. The school was wrapped around the African-American community in Cleveland, she said.

“We didn’t have cars,” she said, “We stayed in Cleveland.”

The school was built as part of the Rosenwald Fund, which provided financial assistance for the construction of more than 5,300 schools and auxiliary buildings for black children in 15 Southern states from 1913 to 1932. The school is named for Rufus Alexander Clement, who was born into slavery in 1847. Near the end of his life, he and his wife, Emma, were benefactors for the school’s construction.

St. Luke’s possesses one of the Diocese of North Carolina’s most distinguished legacies. The parish was established by act of the North Carolina Colonial Assembly in 1753 and mirrored the size and boundaries of Rowan County, largest county in the colony. Missionary priests from England served the parish infrequently with no formal organization occurring until after the American Revolution. Services were held in private homes, the courthouse, or in a little log church erected by area Lutherans for their use and shared by the Anglicans.

St. Luke’s remained a broad, open parish on the map with no permanent structure for years, until the beginning of the 19th century. In 1823, The Rev. John Stark Ravenscroft was elected the first Episcopal Bishop of North Carolina during services in Salisbury and presided at the official organization of the parish before a congregation of 21 members. Within three years, the congregation was worshipping in a simple rectangular building near Salisbury’s Main Street. In 1828, the present church building, essentially the nave, was constructed by John Berry of Hillsborough. In 1834, an organ was purchased for the church, making St. Luke’s the first church in Salisbury to have an organ.

In 1872, St. Luke’s vestry purchased the brick structure across Council Street from the church for use as a Rectory. It served in that capacity until 1961, and today houses the parish administrative offices.

St. Luke’s Church has had six major physical additions over the years. In 1895, parish churchwomen raised funds for the erection of a chapter house for the Daughters of the King, a charitable organization. Built next to the church building, it was remodeled in 1953 as a chapel and is in use today. In 1909, the east end of the church was extended by the addition of a bell tower and baptistery, completing the church’s cruciform design. A Parish House was added in 1937-38 and during the early 1990s, extensive renovation and remodeling was completed on the parish house which included new classrooms, meeting and music areas.

The most dramatic feature of St. Luke’s is the expanse of stained glass windows found in the nave and the chapel. The first window was placed in the nave in 1882. The latest were added in the chapel in 1964 and were constructed and installed by J. Whippell & Co. of Exeter, England. Since 1753, the pulpit and the mantle of leadership at St. Luke’s have been filled by 40 creative and faithful men and women.

The parish has been highly regarded as a source of leadership for the Diocese of North Carolina since a significant number of men, women and youth have held position on various diocesan commissions and committees. Throughout its long history, St. Luke’s has been blessed with the dedication of its parishioners, who cherish its historic past, are committed to service, and look to the future with optimism.

A book entitled 'From Generation to Generation' is a history of St. Luke’s, published in 2006. This high quality, well-researched book has 276 pages and is lavishly illustrated with over 200 beautiful color photographs. This is a history book your family will enjoy now and cherish for generations. The book is available in the church office. 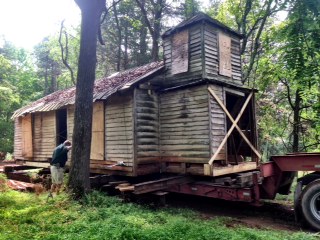 Following are link for the Neely School Move:

Read about the Move

To Make a Donation to the Historic Neely School Foundation:

Mrs. Mary Neely Grissom, President of the Historic Neely School Foundation, was born in Neelytown and grew up in China Grove, North Carolina. She has a desire to see the school building turned into a museum and be registered as a histroic site. She has a vision of a picnic area, community center and a nature trail. She is working with Alfred C Wilson and Angelo Francheschina to fulfill her vision, and the restoration project is a joint effort with the family, Livingstone College, the town of China Grove, the China Grove and South Rowan Historical Societies, and the Rural Initiative Partnership.

The schoolhouse is more than one hundred years.

The historic Neely School was built in 1908 by Neely and his wife Katie Stokes McKenzie Neely. The Neelys were children of slaves and were determined to provide children in the area the education that they were denied.

The school served black children from 1908 until 1948, offering grades 1-7.  The family, along with the Rowan County School System, administered the school.

The school is located off Neelytown Road just off Corriher Gravel Road in China Grove.

Photos of the school before the move:

Inside the Neely School:

Prepping for the Move: 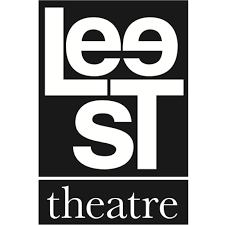 To donate to the theater please go to Donate

Other links you may find helpful JP + A Architect, PLLC

Alfred C Wilson's progress at THE LEE  STREET THEATRE as of July 2013.

Here are a few shots of the completed Lee Street Theatre

Some inside Shots of the Lee Stree Theatre

This project is the restoration of the Salisbury train station tower. We will repair, restore or replace the window units in the Salisbury Depot Tower. The scope of work to includes construction of staging in tower to access windows now and in the future, removal of interior glass, window sash, window frames and exterior trim. We will construct new window frames and trim using mahogany and then prime, install and paint. Build new window sash also out of mahogany, prime, glaze, paint and install.

Read more about this project on The Salisbury Post.

Restoring this turn-of-the-century building involved uncovering the original brick facade and restoring the delicate metalwork which had been covered by green metal 1960's after a fire. We cleaned the brick, stabilized and relaid some brick coursings and replaced the granite cap on the top of the building. We rebuilt the vent system to match the original.

To make the upper facade look like it originally did, we had to find matching patterns for the metal work and order them. Most of the three-dimensional metalwork had worn off over the years, so we were able to make a plan of the original pattern by lightly sanding the old metal to reveal the pattern of the soldering marks. From that we were able to determine which pattern was soldered onto the metal background, re-ordered it from the original manufacturer to have it restored. We worked with Cascade Sculpture and Keith Collins, a Salisbury metal sculpture artist, to install the facade.